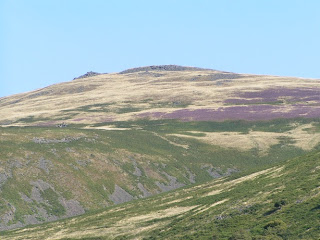 The Upland Evidence Review organised by Natural England has been considering five topics:

I attended a workshop in York, yesterday, which was the first opportunity for Natural England to present the reports to those who have contributed to them. Some are nearly complete (the Tracks report is in this category!) but others still need a lot of work.

I was heartened by the approach that is being adopted. There was talk about  the need for: an integrated approach to upland management, flexibility, matching prescriptions to the needs of the land and there was an acceptance that some of the advice that has been provided by NE in the past may not have been supported by evidence. These are difficult steps for any organisation to make, and Natural England are to be commended for even considering them.

For me, the next steps are the most interesting: taking the findings from the Review Reports and feeding them into a review of Natural England's advice and policy.  This is when the effort that has gone into preparing the reports will start to make a difference on the ground. We should not forget that this is what matters and where the effort will be judged.

The process to feed the Reports into Advice & Policy will be taking place through 2013 and I will be watching closely, while supporting the work, to see what changes are introduced.  This will involve a different team within Natural England and meanwhile the Evidence Team will be working on the next round of Evidence Reviews.  There is even talk of including a review of heather beetle!  Watch this space!
at 09:48