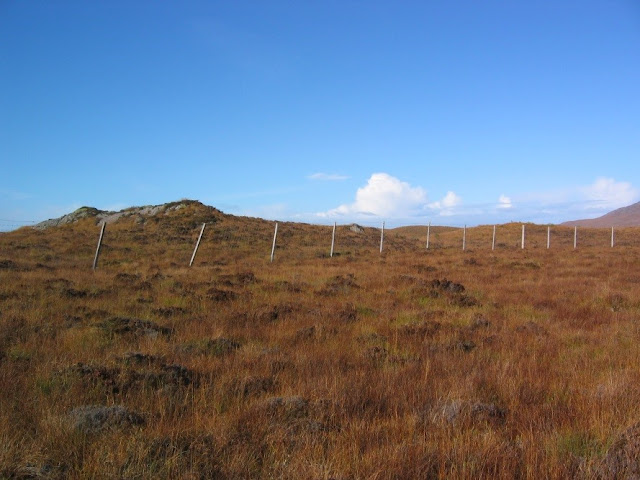 Peatlands have locked up carbon over the millennia which explains why many people are concerned about losing this accumulated peat resource.  They only store carbon when they are wet enough to halt the normal processes of vegetation decay.   Peat breaks down rapidly and releases carbon into the atmosphere when it becomes dry and exposed which is why re-wetting and re-vegetating is so important.

Most moorland managers understand this, but a major point of contention exists around whether or not to carry out prescribed burning in moorland environments and particularly on peatland.  There is a lot of science around just now concerning this debate and we explore some of the issues below.

There appears to be two schools of thought: one promoting the need and importance of muirburn for the continued management of vegetation on peatlands that are on a restoration trajectory; and the other advocating no further burning of peatland, after initial restoration work, as it takes the long-term path to a near-natural and self-regulating condition.  Science can be found to support both of these arguments.

The view that burning is unnecessary comes from the standpoint that peatland will recover to a near-natural state over time as a result of re-wetting alone.  There is also concern that prescribed burning is known to eradicate species that are sensitive to fire (including many species with high conservation value associated with near-natural wet bogs).  This counters the increase in very common species associated with bare peat and vegetation gaps that result from burning.  Once a bog has become fully functional, with a good coverage of Sphagnum mosses, below a mixed canopy of Hare’s-tail Cotton-grass (Eriophorum vaginatum) and Heather (Calluna vulgaris), there is no need for vegetation management since the conditions are too wet for Heather to gain ascendency.  A re-wetted bog, with less vigorous and scattered Heather, is understood to be more resilient against wildfire events.  It also serves as an important habitat for Red Grouse (Lagopus lagopus scotica) seeking invertebrate food – especially when drought makes this difficult in other parts of the moorland.

The alternative line of thinking recognises that even after initial restoration work, peatlands remain modified and will act more like heath than blanket bog for a number of years.  Therefore, it may be appropriate to intervene with some management to reduce Heather and avoid wildfire risks.  Recent evidence suggests that cool-burning of peatlands may lock-up more carbon in the form of charcoal and reduce the amount of methane gas that might otherwise be emitted as a result of anaerobic respiration from re-wetted peatland.  Muirburn has also been shown to increase biodiversity in situations where Heather has become dominant.  Some species of Sphagnum moss appear to be unaffected by cool-burning – in the short-term at least.

There is a great deal of uncertainty about how to do long-term peatland restoration.  We have never restored peatlands in the UK on the scale we currently are or in so many different places and situations.  It may be that a more flexible and pragmatic approach is required than the sometimes quite entrenched standpoints set out above.  In some places intervention might well be required whereas in other places it won’t.  Learning about the recovery pathway and the recovered state of bogs will become important skills for all moorland managers to gain in the coming years.  This is something the Heather Trust is working with Peatland Action and others in Scotland to develop advice on.