This weekend has seen a number of wildfire outbreaks across the UK’s uplands, most notably in the Peak District and the North West Highlands. Simon Thorp, Consultant to the Heather Trust and Chairman of the England & Wales Wildfire Forum, and a member of the Scottish Wildfire Forum Executive Committee warns that the risk remains high while “ideal” conditions prevail.


While those in the south have been suffering from thunderstorms and flash flooding, those in the north and west have been enjoying hot, dry weather. The cold, wet days of April suddenly seem to be a long way in the past.


An unwelcome consequence of the hot, dry conditions is the increasing threat from wildfire. For a fire to start and spread, three conditions are required: dry fuel, wind, and a source of ignition. With the late Spring this year, plants have only just started to grow and therefore their moisture content is low – ideal for burning. The recent windy conditions mean fire will spread easily and the glorious sun and blue-sky conditions during this recent holiday period have attracted many people into our upland and moorland areas to provide the source of ignition. That is not to say that igniting fires is always deliberate, but it is often careless. In the words of Bruce Farquharson, Local Senior Officer at the Scottish Fire and Rescue Service and Chairman of the Scottish Wildfire Forum, many of the fires that the SFRS have had to deal with recently were preventable.


The current conditions are forecast to exist until Friday this week, but that is not to say they will not return to the north and west, next week, or appear in another part of the country. At this time of year, the heat in the sun quickly removes any surface moisture after rain to restore the risk levels. The wildfire risk will only really decrease as the vegetation starts to provide new growth with a high moisture content.


This year wildfires have occurred all over the UK – this is not just a Scottish problem. For example, fires have been reported in: Wales, Surrey, Dorset, Dartmoor, the South and North Pennines and the North York Moors.


While the damage to moorland and upland vegetation might be minimal in the longer term, as it normally recovers quickly, we must not forget the risk to people and property from the fire and to the firefighters who are called upon to put it out, or at least contain it, with the associated costs. We have been lucky in the UK that no-one has been killed recently in a wildfire, but we should not be complacent; there have been some close calls and someone’s luck will run out one day.


It is an accepted fact that most wildfires are started by people. The discarded cigarette is the catch-all ignition source but there are many others, including barbecues. Until conditions change, the message must be for anyone working or visiting our moorland and upland areas to exercise extreme caution and avoid starting fires.
at 18:18 No comments:

Health and Harmony … and Heather 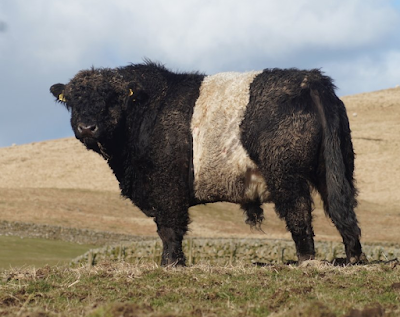 This Tuesday was the deadline for responses to DEFRA’s Health and Harmony Consultation on the future of farming and rural support post-CAP.  Although we are not a lobbying organisation, so important is farming and rural development policy to the UK’s moorlands and uplands we put in a response and we also contributed to the Uplands Alliance response as well.

We focussed our answers on the questions relevant to our areas of interest and expertise, so the agricultural transition, public money for public goods and resilience in the uplands.

The consultation document specifically recognised that the UK’s uplands and other remote rural areas have specific challenges around fragility and are less resilient economically, but that they are places rich in natural and cultural heritage and have a character of “wildness” that is loved.

It is clear DEFRA understand that they need to think carefully about the impact of policy changes on the uplands since these areas will find it more difficult to adapt, but they also know they need a deeper understanding of why this is the case.  The Heather Trust were, just last week, down in London as part of a group of uplands interests that met DEFRA officials to provide that insight.