This may be another case of science being used to re-state the blindingly obvious, but all the same it helps to have the concept of the dependence of the uplands on grazing management restated.  The Yorkshire Post article provides a description of the work carried out over 10 years by researchers from the Universities of Hull and Aberdeen and the James Hutton Institute.

The article acknowledges that "these unique habitats have evolved as a result of traditional farming practices and abandoning such areas would have a huge impact on the internationally important plants and animals that live there."  It is comforting that this research applies common sense and avoids the trap of falling into the arms of the re-wilding lobby, which promotes the view that nature is best left to look after itself.  I think there is a need to be careful what you wish for; the natural balance without management is likely to look very different.

Management has shaped our hills, moorlands and uplands and therefore the owners and managers have an input into how these areas look and the services they provide.  I agree with the view that mixed livestock grazing at the right intensity is vital for the correct management and preservation of our uplands.
at 17:18 No comments: 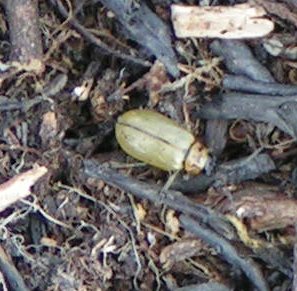 The best treatment for heather following damage by heather beetle has long been a topic that has produced much debate, and this trial hopes to provide land managers with the best, up to date information to enable them to respond to outbreaks of beetle in the most effective way.

During the winter of 2012, the Heather Trust set up a scientific study on two estates, Combs Moss and Crag Estate, in the Derbyshire Peak District to explore the effects of different management techniques on heather, which had been damaged by major heather beetle outbreaks in the summer of 2012. Penny Anderson Associates are carrying out an ecological survey of the recovering heather following the beetle damage.

Three plots of damaged heather were marked out on different parts of each moor and the plots were cut, or burnt and the third plot was left without treatment to act as a control.

At Combs Moss, concerns were raised in the project’s planning stages that the heather seed bank was being exhausted by attempts to replace heather killed by the beetle attack during a continuous series of outbreaks of heather beetle. This might influence the ability of the heather to regenerate, and to quantify the problem, a separate piece of work has been carried out on Combs Moss to over-seed some areas of heather damaged by beetle with heather seed. Monitoring the regeneration of the heather and comparing this with the plots included in the main project will provide an indication of the level of depletion of natural heather seed as a result of a series of heather beetle outbreaks.

The most recent survey information has just been made available and this covers the changes to the vegetation up to July 2014. Although the project runs until 2018, the monitoring is starting to pick up some interesting differences between the two estates:

Crag Estate
Combs Moss
It is too early to draw any definite conclusions from this work, but early indications suggest that the best way of restoring young, heather dominant vegetation is by burning the damaged heather after the beetle attack. Given that regeneration from cutting is traditionally somewhat slower, the next phase of monitoring will inform a more in-depth discussion on the relative merits of each treatment.

The results of this work will supplement the similar work that is taking place on Langholm that is due to complete in 2015.

I am grateful for the support for this work from the landowners in the Peak District and at Langholm. SNH provided some pump-priming funding at the start of the Langholm Project and I am hoping for some further support to help complete the work. Natural England provided support at the start of the work in the Peak District, but the rest of the funding has been provided by the Trust.
at 14:28 No comments: 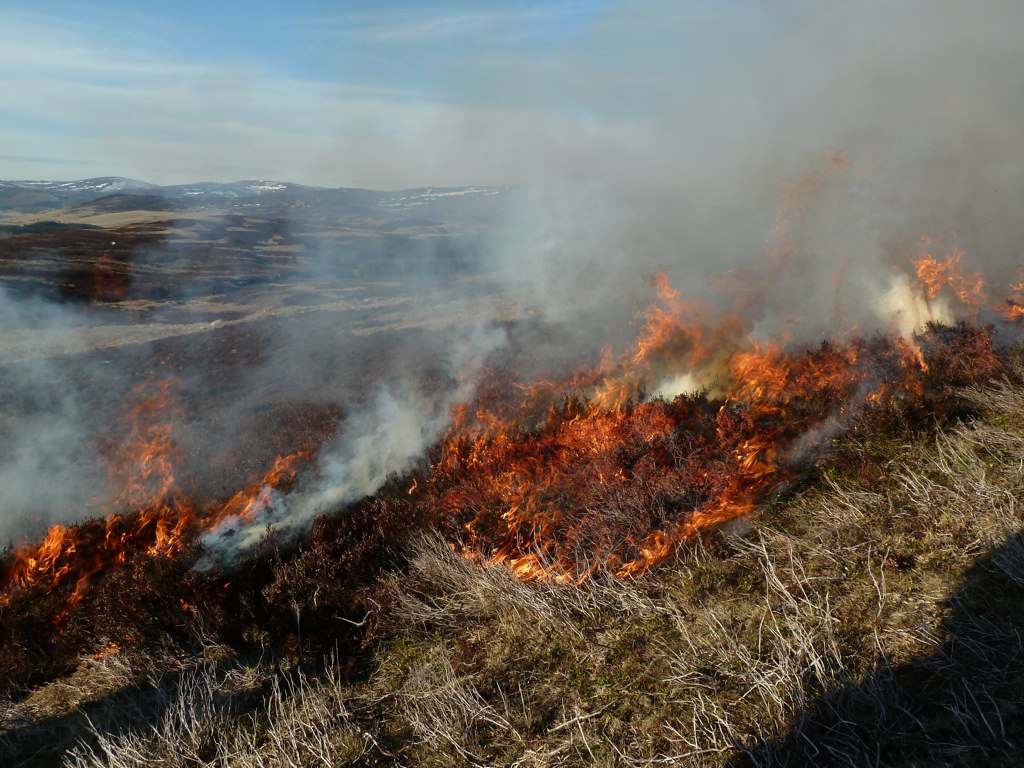 I have been aware of a shift in the balance between heather management by burning and cutting in recent years, and I believe that the amount of management taking place by cutting is increasing. On some moors managers have gone the whole hog and have started to manage their heather by cutting only. The decision not to burn may have been taken for a range of reasons, such as water catchment restrictions, concerns about damage to peatland, lack of manpower or even personal preference.

As a result of this change, I thought it was more than appropriate that we carried out a review of some of the developments in thinking from a Heather Trust standpoint. Patrick Laurie has been working on this for two years and has been to visit many areas where this new thinking is developing. He has collected a large amount of information and we have decided to start publishing this. 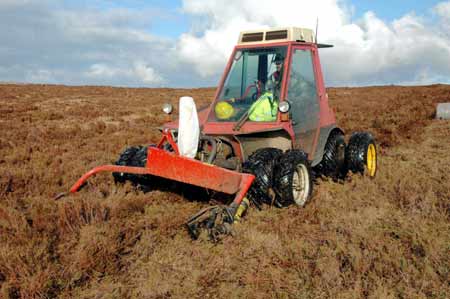 There is much more to be done on this subject and Patrick and I will be working on this.  We will publish more information from time to time.

It is clear that many people feel passionate about their heather management, and we accept that our briefing may challenge some sensitivities. However, before anyone accuses us of going over to the dark side, you should note that we start the Members Briefing with a statement in support of heather burning, but we are keen to explore all the ways to manage heather to make sure that we use the available tools, to the best advantage.

If you agree, or disagree, with our thinking, we would be delighted to hear from you. Please use the comment box below.
at 10:28 No comments: