Board discussion around recently published research 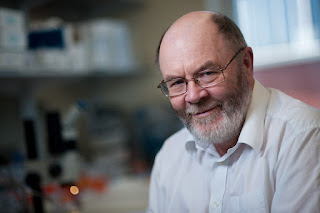 - Effects of long-term removal of sheep-grazing in a series of British upland plant communities: Insights from plant species composition and traits

Following the publication of these papers, Heather Trust Board members engaged in a lively discussion on their findings. You can see their discussion below:

Thank you very much for sight of Rob's two papers. I'm afraid life is extremely hectic at Effgill just now so I have had time for no more than a quick scan, so forgive me if I have missed a point or two. None the less Rob's papers are well put together and I agree with the message he has portrayed when it comes to increasing the numbers of plant species.

One of the key points is tackling over grazing by sheep. I wonder where the yard stick is placed in regard to overgrazing and what is its precise definition.

I can well remember in the days when National Sheep Association had its own Environment and Conservation Committee chaired by the late Keith McDougal who I am sure some of you will remember being an ardent supporter of Heather Trust.

At a meeting with Natural England the question was posed as to when overgrazing first started to be noted as a problem. We were told that there had never been a problem until the end of WW2 and that it was subsidies that had encouraged a surge in the sheep population, and this subsequently lead to overgrazing.

In 1882 the first shipment of sheep meat made its way to the UK from New Zealand. in 1899 there was the Boer War, followed by WW1 and subsequently WW2, all of which put downward pressure on sheep numbers. Added to this Cotton became more popular than wool as a versatile fabric during this period, ensuring sheep numbers were not going to recover.

In order that the food shortages that lasted long after WW2 finished, the government of the day decided to subsidise food production and sheep numbers did rise again, particularly during the 1960's and early 70's, but it is an unescapable fact that UK sheep numbers have NEVER reached their 1880 peak.

This brings me back to my original question. What is the precise definition of overgrazing? During the Foot & Mouth epidemic of 2001 my sheep literally escaped being culled by the skin of their teeth, and so it was that during that summer I carried a camera with me on the hill taking photographs of as many flowers as I could find. I have to say I was amazed just how many I had by the end of the summer, although I cannot for the life of me remember just how species I captured on film. Over and above the flowers there are an incredible number of grasses and sedges here at Effgill on my hill ground. I have to admit I am by no means a plant expert but think it would be quite a worthwhile task to find out just what we have here.

I know sheep numbers have not changed at Effgill since 1965 and shepherding techniques have also remained the same in that period, other than walking has given way to a quad bike and I am now a workforce of one whereas up until 1986 there were three of us working here. When we moved here the retiring shepherd indicated that numbers had not altered since he started work here in 1947, though I am unable to verify this to be the case.

I hope my ramblings have some point and you find them of interest, as a hill farmer I will recognise that there have been one or two ranchers who have pushed their luck with sheep numbers, but I also firmly believe that the overgrazing card has in general been overplayed by the ecologists.

Thanks for this Hamish.

I have read your email but have not yet studied Rob’s papers.

The historical national sheep flock figures are fascinating but I wonder whether this was as concentrated in the uplands as it became on the back of head age payments under CAP.

Certainly in this part of Cumbria there was a big increase in numbers of sheep on commons in particular as a result of Commons registration in the mid 1960s and the financial incentive of headage payments. In many cases there was double registration with commoners upping their figures and getting way beyond the old adage of common grazing being based on the number of sheep the Graziers could support on their inbye land through the winter.

Massive overgrazing exacerbated by foddering on the hill rather than returning sheep to the inbye was the result and in most cases it was the heather that bore the brunt.

Now we have the various reductions in numbers generated by a series of Agri environment schemes and the problem we face on the ground is large areas of undergrazing as a result.

A quick ramble to add to your point

Could not agree more with your sentiments. Very similar path here where the farm morphed during the 70s from a myriad of small holdings to a single unit and we became farmers by default due to the Farm Amalgamation Acts. Overall stocking levels reduced dramatically, particularly cattle densities, owing to the nightmare of out wintering large numbers on peaty gley! A profitable spell in another life enabled me to build roofed feed lots for the worst of the winter months, so the balance has been restored somewhat. Now they are telling me to out winter again! However, this spring there were swathes of sky blue (Speedwell) and rich yellow (Birdsfoot trefoil) everywhere and I had to get Ben Averis, the plant boffin from Haddington, to identify other species that had reacted luxuriously to the dry, sunny springs of recent years. This is the legacy of reduced winter pressure. One of the issues I have always had with the arm-chair-know-all conservationists, and, indeed, SGRPID, is that they all assume every farm is the same. They are trying constantly to pigeon hole us into some convenient all encompassing box that defines our often highly individual and dare I say often idiosyncratic operations. As anyone who has tried to undertake any kind of benchmarking exercise knows, the complexities of operations on different mixed upland farms let alone the differences in soil structure and topography, can be huge, even within a single parish. But we are very lucky in that we can play within our extensive livestock systems - there is always some bit of ground somewhere to experiment with. I just wish that the conservation media would concentrate on translating into plain English the excellent science now available to help us simple peasant farmers get it right rather than leaping with gay abandon on to every trendy band wagon that turns up, whether it be re-wilding, reforestation, whatever! I won't start on the politicians...but I would suggest that there is an urgent need for a simple fact checking regime to be overlaid on Holyrood before some of these people regale us with their opinions!

Echoing Hamish, I’d just observe that the term ‘overgrazing’ means different things to different people. Although there is a general sense of excessive vegetation offtake in relation to capacity  for recovery often leading to physical damage to soils, this usually has to be contextualised according to the specific objectives for the habitat or interests of the user.

I may be characterising at least some unfairly, so please anyone don’t hesitate to clarify and correct if so, but the two papers and range of comments from colleagues on the Board seem to me to exemplify this rather neatly.

The focus of Rob’s team was on the species composition of the  higher plant community (abundance and richness) in response to different recent long-term grazing regimes in relation to what might be ‘expected’  (given, presumably, similar historical grazing regimes prior to that).

Hamish’s and Malcom’s focus seems to be chiefly on overall sward productivity/carrying capacity from an agricultural perspective (tempered perhaps by an appreciation of some floristic diversity). Rob’s however is more specifically  on the balance of dwarf shrubs, particularly heather, and grasses. This might also be where HT’s focus lies, while others again would be looking for still lower levels of grazing/browsing that would allow for recovery of the tree/large shrub component.

I’ll leave it there - I’m still getting my head round what we might take from the longer-still perspective in the Landscape Research paper looking at upland habitats and hill farming in SW Ireland by E Costello at this link to add to this discussion: https://www.tandfonline.com/doi/pdf/10.1080/01426397.2020.1798367?fbclid=IwAR1rD6JVfPNejRCjuVIsjuDrnwj7Gxqci7vaijBESCkLl_pMkAqI7oGxaLU

Moorland overgrazing was identified as a problem with the publication of a NCC report in 1990, Heather regeneration in England and Wales (Felton and Marden),  This reported that, of the estimated 4,571km² of heather moorland, recorded in 1940, 812 km² had changed to upland to upland grasses, 50 km² to improved grassland and crops and 180 km² to forest plantation.  It’s not easy to get reliable figures of changes of livestock numbers in the LFA but the attached bar charts give you some idea, (taken from the chapter I wrote of Policy Change in the Uplands from the book, Drivers for Change in Upland Environments).  You will see that significant increases started in the 1980s driven by the EEC sheep meat regimes.  As Robert says, common land took the brunt of numbers as sheep (and cattle in the south west moors) could be kept here with limited reliance on the inbye, especially as farmers had registered unsustainable levels of grazing rights, often on adjacent commons also.  Farmers could also buy rights off other commoners thus severing the rights from the associated farm and going against the ‘levancy and couchancy’ principle.  The most blatant cases of this were lowland sheep farmers on Anglesey buying up rights on common land in Snowdonia and dumping 1000s of sheep on them for the winter.  The headage payment being greater that the sheep’s worth.

England and Wales were the first territories in the EU to apply cross-compliance rules to HLCA recipients, and this was for overgrazing or unsuitable supplementary feeding in the LFA.  Scotland stated that overgrazing did not exist in its uplands…….  This had limited impact until cross-compliance was introduced to the EU headage payments.  MAFF had a specialist overgrazing technical team in each region responding to potential overgrazing cases most often reported by heather moorland owners.  The threat of losing headage payments had the desired effect.  The introduction of agri-environment schemes gave overgrazers a way out of their problem.  The 2007 Commons Act stopped severance of rights from the home farm.  As we know, the pendulum has, in many instances swung too far the other way.  Thirty  years ago, were ignorant of the fact  that reversing a grazing or fertiliser management would not get you back to where you wished you should be!

Please join in the discussion by adding your comments to this blog.