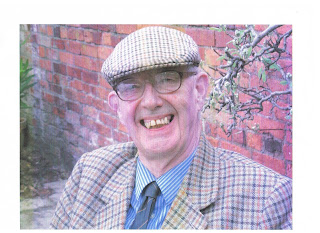 John Phillips died on 2nd December and I attended his funeral in Largs, yesterday. His obituary can be viewed on the Trust's website.

It was good to see many members of the Trust at the funeral and there were reminiscences of the type of incidents and activities that John will be remembered for, from throughout his 82 years.

It was John's vision that led to the formation of the Joseph Nickerson Heather Improvement Project that became The Heather Trust in 1994, and I took over, as Director, in May 2002.

John is described in many ways, but it is clear that his impact was significant, and he is remembered widely even now.  His passing marks the end of an era.
at 12:33