The National Trust and Thorneythwaite 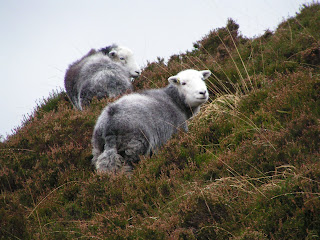 I am a long term supporter of the National Trust, but I am also a passionate supporter of the role played by farmers in the management of the uplands and in their support for local communities.

I had some input into the recent revision of the National sheep Association's publication: The Complementary Role of sheep in Upland and Hill Areas which endorses the value that sheep and sheep farmers bring to remote rural areas.

The National Trust's activities in Cumbria cut across the principles that the NSA has espoused in this publication.  The background to this spat has been neatly summarised by Tim Bonner, Chief Executive of the Countryside Alliance in his Editorial published this morning.  I fully support his views.  For convenience I repeat the text of the editorial below.


The National Trust and Thorneythwaite

The National Trust is a huge organisation which owns both very large numbers of historic and important buildings and swathes of wonderful countryside. Its long record of preserving the nation's heritage is extraordinary and across its vast estate it would be ludicrous to expect every decision it makes to please everyone.

The current outcry over the Trust's decision to purchase land at Thorneythwaite Farm in Borrowdale, Cumbria at an inflated price, and in doing so prevent local farmers from maintaining the farm as a traditional domestic agricultural holding, may however be more than just a disagreement. Underlying the concern stated so clearly by the local farming community and its supporters like Lord Bragg is a feeling that the Trust consciously, or more likely unconsciously, has adopted a part of the modern environmentalist creed which suggests that human input into the countryside is in nearly all ways negative and should be minimised.

Rather than celebrating the fact that nearly every landscape in our islands was created, and has been maintained, by generations of farmers this ideology believes that farmers are a problem, and that radically different management with less intervention is preferable. This would obviously not conserve the countryside in its current form but radically change it both by altering landscapes and, crucially, removing the role of the the indigenous population. People are not a fashionable concern amongst these environmentalists, but the countryside is not just a collection of fields, woods and fells viewed from a train window. It is every bit as much about the communities who live and work in that landscape.

The National Trust should, and largely does, understand this, but in Borrowdale it has made a mistake. I hope that it is big enough to admit that, to negotiate with the new owners of the farm buildings at Thorneythwaite to put the farm back together and, most importantly, to put the rural community back at the centre of its decision making processes. It has as much of a duty to conserve the community that created the Cumbrian landscape as it does to conserve that landscape itself.