My 10th Anniversary - some reflections 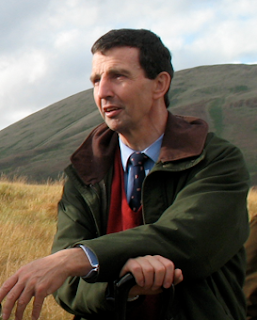 It is 10 years ago today that I took over as Director of The Heather Trust and the anniversary justifies a moment’s reflection about what has happened in the last 10 years.  Inevitably there is the question about where 10 years has gone, which can be linked to concerns about policemen getting younger but perhaps some progress has been made.

When I took over, it was hard on the heels of the foot and mouth disease outbreak, which had a profound effect on many upland areas. We have just celebrated the 10th anniversary of Scotland’s Moorland Forum and when I attended the first meeting, I had no idea that it would become a cornerstone of the Trust’s activities in Scotland.  10 years ago, the Trust had just gained the 5-year contract from Defra to set up and run 4 demonstration moors.  The work gave us a platform in England and Wales that we are still using to good effect.  The project was a challenge, especially for an embryonic Director, but I think it was very successful and served to convince me of the power of demonstration events to introduce a diverse audience to the benefits of good quality upland management.  Getting funding to carry out more demonstration events will be a continuing crusade.

Domestically, the period has seen the Trust move its base (or International HQ!) from Kippen near Stirling to Dumfries. It was not an obvious location but it has proved to be a good jumping off point for travel to all parts of the UK.

But what of the issues we have been dealing with?  Some remain obstinately intractable, such as the raptor debate, or discussions about burning, and perhaps these will never be satisfactorily resolved for all parties.  I am reminded of the file that Charles Gimingham passed on to me that recorded the muirburn debate, about 50 years ago; the contents were very familiar!  There are some new kids on the block, such as renewables and ecosystem services, which serve to show that we have not stood still completely and there are even signs that we might be making some progress over heather beetle.

The challenges remain but, with the support of the Board and the team here, I remain committed to keeping the Trust at the forefront of the debate about upland management throughout the UK.  Of course, the other big recent change is that the Country Market & Sporting Sale is now online – happy bidding; it pays for us to keep going.

On an a more poignant and personal note, today is the 30th anniversary of the start of hostilities in the Falklands.  I know; I was in one of the first three ships into action off Port Stanley.